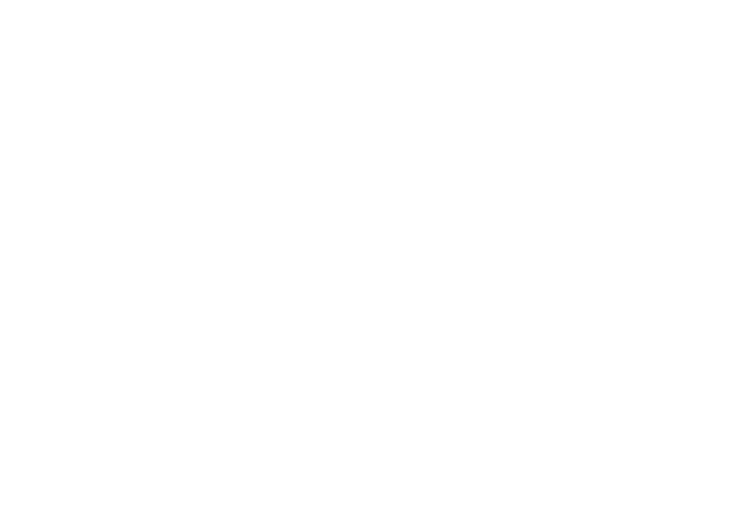 Make Oakland Your Destination This Summer

Oakland was named one of 'the world's most exciting destinations' for travel in 2019 by National Geographic.
​For us here, we aren’t surprised.  But the CEO of Visit Oakland Mark Everton summons it up best: "Oakland was selected for its vibrant and diverse culture."
Oakland, the Brooklyn of the West Coast and on the Sunny Side of the Bay, is a progressive city where 430,000+ people call home. Like Brooklyn, Oakland has become the West Coast mecca for restaurants, attractions and fun!  Many festivals, conventions, sporting events and more now call Oakland their “go to” hosting location. Companies are moving their headquarters to Oakland, providing that Oakland is true and ideal destination to visit, meet and of course, sleep!

Make Oakland your go to place this summer and experience for yourself why Oakland is one of the best cities in the world!

How to get here?

Air
The Oakland International Airport (OAK) is a breeze to navigate—it’s served by the new BART to OAK train, van shuttles, limousines, taxis and public transit buses. The airport is known for having some of the nation’s best on time arrivals and departures, meaning you’ll have plenty of time to spare to explore Oakland.

If you're staying with us, we would be happy to pick you up (and drop you off) to the Oakland Airport. Once you've arrived at OAK, just give us a call at 510-356-2450 and we will be there shortly! (But make sure you collect your baggage before calling us, as this can take awhile sometimes.)

Car
Oakland is the hub of many of the Bay Area’s most commonly used interstate highways, providing a great base for exploring nearby cities such as San Francisco and Berkeley, wine regions in Napa and Sonoma County, and Northern California getaways to Tahoe and Yosemite. In addition to car rental offices located at Oakland International Airport and the Oakland Convention Center downtown, short-term rentals are available through City Car Share and Zip Car.

If you stay with us, you're welcome to park your car with us for free! Complimentary parking is one of our great amenities!

Rail Trains
Travelers can reach Oakland by train at Amtrak’s. sleek modern station in Jack London Square with a 20% discount. Ride the San Joaquin's route. from the valley. Oakland is also a stop on the Capitol Corridor line, providing frequent connections between Sacramento and Silicon Valley.

If you're staying with us, we would be happy to pick you up (and drop you off) to the Jack London Square Amtrak Station. Once you've arrived at the Amtrak Station, just give us a call at 510-356-2450 and we will be there shortly! (But make sure you collect your baggage before calling us, as this can take awhile sometimes.)

Looking for the hottest new restaurant in the country? Look no further—it’s right here in Oakland.  Oakland’s restaurants are topping “best of” lists nationwide. High profile chefs have created a vibrant food scene, settling here to build a restaurant scene as diverse as Oakland’s culture. Foodies, bring your appetites—Oakland deserves to top your list as the next stop on your culinary tour of the world.  Not a foodie? That’s ok.  But beware the wrath of your foodie friends if you share a pic of your gastronomical experience in Oakland!

Amok at Nyum Bai
This fundamental dish of Cambodian cooking highlights fish, coconut milk, egg, and spices; the whole shebang is wrapped in banana leaves, steamed, and transformed into what is essentially a curried pudding. At her treasure of a restaurant in Oakland’s Fruitvale neighborhood, chef-owner Nite Yun finishes her amok with coconut cream and lemon zest, both playing up the dish’s lulling creaminess and drawing out the citrusy notes in the seasonings, which include lemongrass and kaffir lime. 3340 East 12th St., Oakland, (510) 500-3338

Lahm-bi-ajeen at Reem’s California
Among the Levantine-style flatbreads that anchor Reem Assil’s bakery menu, lahm-bi-ajeen is a Middle Eastern breakfast staple, delivering the same soul-level satisfaction as an American sausage biscuit. The dough is crisp, rather than billowy as with pita; it flakes like pastry but holds its own enough to support a layer of softly seasoned ground beef brightened with lemon and yogurt. If this is indeed your morning meal, order it with a side of iced cardamom coffee. (Assil also launched her bigger, more ambitious Middle Eastern restaurant Dyafa last month.) 3301 East 12th St., Oakland, (510) 852-9390

Oyster po’ boy sandwich at Brown Sugar Kitchen
Tanya Holland’s breakfast and lunch institution sits amid the low-slung warehouses that pepper West Oakland’s topography; look for the building painted the color of rich gumbo roux (and for the hoards of people waiting for tables). Holland draws on her Southern African-American legacy for blockbusters like chicken and waffles and shrimp and grits. Her mother grew up in Louisiana; Holland does the state proud with a generous po’ boy of oysters encased in cornmeal batter, at once blazed and cooled by creamy, cayenne-laced slaw. 2534 Mandela Pkwy, Oakland, (510) 839-7685

Content from Eater.com
See all award winning restaurants
Looking for something in close proximity to our hotel?

The Lounge
Our very own Bar & Grill located on-site! We will grill you up a great Steak or Salmon Dinner, served with mashed potatoes & side salad. Hungry for an appetizer? We now have shrimp cocktails & shrimps salads! Pair it with a local brew or the widely popular Joel Gott Cabernet. Dinner is available daily from 5pm to 9pm.

Quinn's Lighthouse
Built in 1903, the former Oakland Harbor lighthouse is a terrific place for a waterfront meal. Try the seafood, buffalo burgers, and Quinn’s special “doodaas,” a platter of rice, black beans, and prawns. Lunch and dinner daily, brunch Sun.

What is there to do?

100 Things to do in Oakland
You may have heard of our incredible food scene or visited the stunning Lake Merritt, but that’s just the beginning of what’s happening in Oakland these days.
1. Take a private tasting tour of Oakland’s Blue Bottle Coffee factory, one of the many stops on Oakland's Coffee Rush Trail. (Jack London)
2. Get a taste of Oakland’s foodie neighborhoods with Local Food Adventures.
3. Upgrade your Fox Theater experience with a “Telegraph Room” VIP pass. (Uptown)
4. Enjoy incredible Bay Area views from the top of Mountain View Cemetery (Piedmont)
5. Grab a local brew at Drake’s Dealership at The Hive Oakland for a fun night out.
​
Content from VisitOakland.com
see all 100 things to do in oakland

With us, of course!

Here are 5 reasons why you should stay with us:
1. We are Oakland's Top Rated TripAdvisor Hotel (#1 out of #51). Really. See for yourself: Bayside Hotel TripAdvisor Page
2. You like free right? Our complimentary amenities gives you the best bang for your buck. Breakfast, WiFi, Parking & Shuttle Service are complimentary!
3. We have the best waterfront view of any Oakland hotel. (See the pictures below)
4. We are centrally located in the Bay Area. See how far we are from where you need to be: Google Maps - Bayside Hotel
5. Since you're reading this, you qualify for a special deal! Book now and receive 15% OFF plus 1500 bonus points! This deal will not be available for long. Hurry before it's gone!*
Book now!

​There’s a reason why the Best Western Plus Bayside Hotel is annually voted among the top Bay Area hotels on TripAdvisor. Start with our convenient location on the sunny side of the bay near Oakland Airport, downtown Oakland and San Francisco. Next, our amenities include everything the modern business or leisure traveler needs, from an outdoor pool and a fitness center to modern meeting facilities and the lobby for breakfast, and The Lounge for drinks and our steak or salmon dinner. And, finally, there’s our welcoming, friendly staff – committed to delivering the unmatched personalized service that will bring you back to us again and again.

Gallery of our Lobby & Hotel

*15% OFF & 1500 bonus points is for a limited time only. Book from 4-18-2019 through 5-31-2019 to participate in this promotion. Cannot be combined with any other offer. Rates are subject to occupancy & may change without notice. Corporate, group and other negotiated rates do not qualify.
BOOK YOUR SUMMER GETAWAY & SAVE 15% PLUS 1500 BONUS POINTS - LEARN MORE
Close(X)